When I think of the word perspective in relation to photography, I think of two definitions. The first relates to actual visual perspective; the viewer’s place in the image as it was designed by the photographer – how much or how little is seen, at which angle the line of sight extends, and to where the viewer’s eye is first drawn in the frame. The second definition refers more to breaking out of the mental habits and even traps that we are prone to find ourselves in – how to keep things fresh and new and different in our mind and how to never stop learning.

This past weekend, I rented the Nikon 12-24mm ƒ/4 DX lens from Pro Photo Supply here in Portland. I’ve rented a few pieces of equipment before, but usually this was to fill a need for an event I was shooting or something like that – a specific purpose where I already knew that a certain focal length or aperture or what-have-you was needed. But this time, I thought it would be interesting to break out of my “normal” and try something new. While I try to fight the urge to always feel that gear is the limiting factor in what I’d like to try next, in this case, it really was.

I shoot the Nikon DX format, so unlike the full-frame cameras that more or less see things like film cameras do, the field of view is actually a bit smaller. With the typical long telephoto lens, this is generally a benefit since for a given focal length, the image appears larger on the camera sensor, effectively making the telephoto reach behave as though it were 1.5x as far. As you can imagine, this is great for wildlife shots as you get more range on the long end to work with. I tend to shoot with a 300mm ƒ/4 lens, sometimes with a 2x teleconverter attached, for 600mm by the book but an effective reach of 900mm on my DX camera. 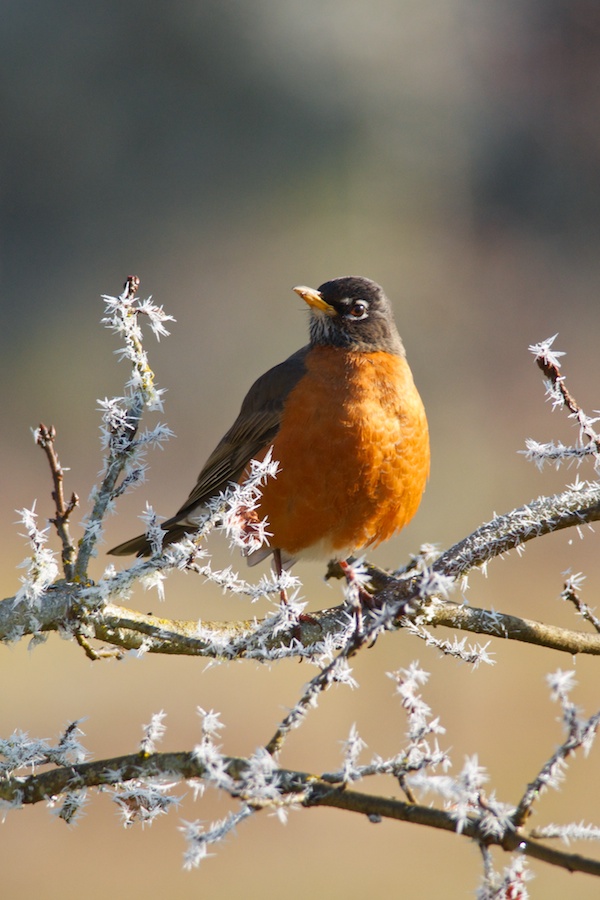 The downside of this, of course, is that at the short end, you aren’t really ever going as wide as you would on a full-frame camera body. My widest lens currently, the 18-200mm superzoom, only goes as wide as an effective 27mm or so, which really isn’t that wide of a view. On top of that, something you learn eventually and that, in my experience, no one tells you directly, is that lenses at a given focal length aren’t all created equal. I mean, this sort of makes sense, right? They are different physical devices and have different optical and mechanical properties. So 18mm on a superzoom that prioritizes focal length convenience over image quality is not the same as a wide prime lens or a wide zoom that’s made for a specific purpose. (Incidentally, I think I’d like to talk more sometime about what figuring this out did for my photography and how important it was to my overall learning process. The day I started shooting at the long end of an 80-200 ƒ/2.8 instead of an 18-200mm was about a lot more than having a wider aperture at my disposal.)

With a 12-24mm lens designed specifically as a wide lens for DX cameras, this crop factor is more or less taken into account and you can truly go wide with this equipment. And when it comes to strategies for shooting wide angles, I think Ken Rockwell really has some good tips in his post How to Use Ultra-Wide Lenses. His main point is that it’s not about fitting more in – in fact, much like good industrial design, it’s much more difficult to remove things and to simplify during composition – but rather to get really close to the subject and make for dramatic juxtaposition between the main subject and background elements. So I took this to heart as I went into the field this past weekend.

I mounted the 12-24mm lens on my camera as I headed out before dawn on Saturday. Normally, when I go to my weekly spot in Oaks Bottom Wildlife Refuge, I have the 300mm on and the 2x teleconverter (as well as a compact “normal” lens such as the 35mm ƒ/1.8) in a bag around my waist, plus I carry a monopod for stability. Of late I’ve found that I’ve gotten into a pattern of where I go, what I look for, and how I shoot it. Generally, I concentrate on wildlife instead of scenics. While I do honestly try to think of new things to photograph, I find myself thinking in terms of what creatures I might come across and how I could capture a frame-filling image of them up close. Despite planning on experimenting with wide shots, I was surprised at how badly I still wanted to carry the 300mm lens with me – and I did give in to this. While I usually try to avoid the “carry all equipment” approach and limit myself for creative reasons, I’ve had experiences in the past where I was so lucky to be carrying the long lens that I was upon sighting rare subjects. So in the end, I headed out with the 12-24mm on, the teleconverter and 35mm on my belt, and the 300mm in a case over my shoulder. As it turns out, I never did change lenses that morning, but it felt good to have that security blanket with me.

While I didn’t capture anything particularly novel that morning, what I found very quickly was that my perspective was totally changed, and I don’t just mean this in the sense of the angle of view. With wide-angle lenses, every inch of change in position and angle when shooting can have dramatic effect upon the final image produced. I found myself trying new angles, getting down very low, shooting towards the sky, thinking about subjects that I would not normally photograph, considering two or more subjects together while composing, and even holding the camera to my face as I moved around a bit to watch the composition and the relationships between objects change. (I don’t recommend doing this with a long lens while outdoors, however, unless you want a black eye.) 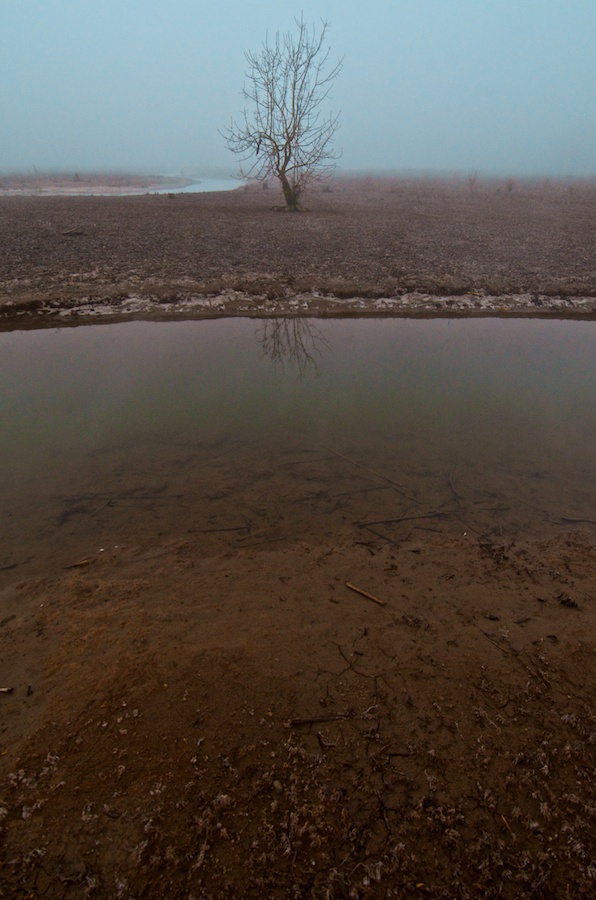 In the shot above, the tree was a stone’s throw away and the stream at my feet was probably less than six feet across. But due to the thick, soft mud all around, which would be beyond up to my knees if I tried to cross, the tree was as inaccessible to me as if it were miles away. I tried to emphasize this with the way that I composed the foreground stream bank.

Each time I went to shoot something, I asked myself how I could change my mental perspective. What was it that made me want to take a photograph of what I was seeing just then? What could I subtract from the frame, or exaggerate, or juxtapose? How could I illustrate what it was like to be there by the way I composed the shot?

I guess the story I’m trying to tell here is that breaking outside of my comfort zone (even if I did have a fallback) allowed me to literally and figuratively see an area I knew very well in a new light. And even if I didn’t come home with groundbreaking images, I had broken new ground in my mind and how I chose to look at so-called familiar subjects – which is something that I will take forward, regardless of the equipment that I use.